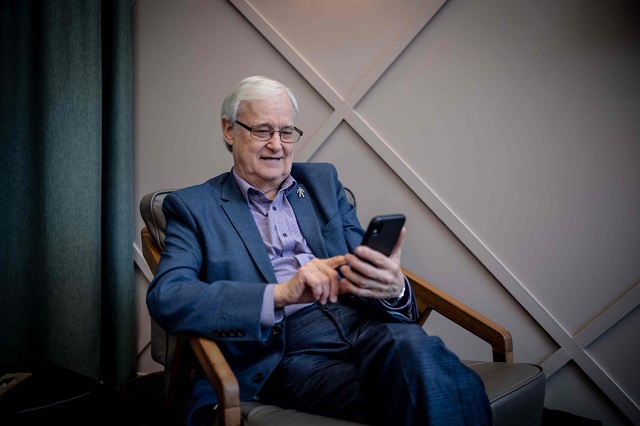 Are you tired of looking at Prostate Cancer websites that are hard to navigate and that tell you nothing of value to yourself?

Then this primer is for you.

Checked for medical correctness by a Prostate Cancer expert

For those, like me, who are nervous about medical issues, I minimise as much as is possible, all medical references in this primer.

Since around 2015 there has been an important improvement in the diagnosis of this disease, and it is now possible for all men to confidently present themselves for diagnosis and any necessary treatment.

This primer is intended to be a short, but highly informative, introduction to the disease and how it may be diagnosed and treated.

Most men will have heard of “the PSA test” but may not know exactly what it is. PSA stands for “Prostate Specific Antigen” and is a protein molecule that is produced within the Prostate Gland itself. Some of this finds its way into the blood stream where its amount can be measured using a Blood Test.

What is a “normal” PSA level? PSA is always measured as nanograms per millilitre (ng/ml) and so it is usually just quoted as a number.

For men in their 50’s, it should be no larger than 3, in the 60’s, 4 and past this, 5. Anything larger than 5 can be considered as “abnormal”, though for figures “around 5” some discussion may take place. A DRE (Digital Rectal Examination) may be performed in addition to the PSA – this is where the GP will feel the Prostate Gland for any hardening which would indicate cancer is possibly present.

How high can a PSA go? In my case it was 7.6 and considerable cancer was found to be present. A relative, who had the same level of disease, and who has survived with a continuous high quality of life since his diagnosis in 2002, had a PSA of 100. I have heard of values up to 10,000.

Whatever abnormal value is found, wait for the outcome of further testing before assuming anything about any cancer that might be present.

In the UK, any man of 50 or over has a right to have a PSA test. This drops to 45 for those men in high-risk categories.

These days, an mpMRI (Multiparametric MRI) scan should be performed if an abnormal PSA is detected. This is the major improvement alluded to in the Introduction.

(However, if the patient cannot have such a scan – e.g. he may have a Pacemaker – he will most likely have a Biopsy. Only the mpMRI route will be described in this primer, as this applies to most men.)

Arising from the mpMRI scan the patient, if he has cancer, will be presented with a PIRADS (or LIKERT) Score and a Stage. The former indicates if a patient requires further investigation and treatment due to the aggressiveness of the cancer, and the latter is related to the disposition of the cancer. I discuss “Stage” in the next section.

Note that the mpMRI test is non-invasive and completely safe. This means that those who are nervous of medical procedures can establish the presence of cancer, or otherwise, without having any invasive procedures.

He will simply have a blood test, followed by an mpMRI Scan.

I now present an idealised model of the stages of Prostate Cancer.

Figure 1 shows that there are 4 Stages of Prostate Cancer. Let us assume that this figure represents time along the horizontal line and that the Figure is for one man, who makes no attempt to be tested for Prostate Cancer. The time intervals are equal in this Figure, but not so in real life.

At some point, at the left, the cancer begins, and is called Stage 1. If it gathers pace and grows sufficiently, it will pass into Stage 2, thence Stage 3 and finally Stage 4, ultimately resulting in death, at the right-hand end, if nothing is done.

Stage 4, as we will see, is almost a completely different disease, and I have put two notional points of interest – a and b – in this stage.

Once the cancer has arrived at “b” even if the man now comes forward, his outlook is poor, and his life expectancy limited, possibly less than 1 year. Treatment commencing at this point, with the best available therapies, may significantly extend this man’s life, but the outlook is variable. Sadly, many men, who have never had a PSA test, silently develop serious Prostate Cancer with NO symptoms, until, at this late stage they typically develop back pain.

The notional point at “a”, much earlier in Stage 4, is such that someone presenting before this point will probably be able to live, with suitable treatment, beyond 10 years. But the later he presents after this point his life expectancy, even with the best treatment, will be significantly reduced.

I will now discuss the various stages in more detail.

At this stage, the cancer is small, too small to be felt by the DRE, but the PSA may be elevated. ALL the cancer lies within the Prostate Gland.

THIS CANCER IS NOT DANGEROUS and is not treated. His PIRADS Score from mpMRI will be 1 or 2. The man will be put under “Active Surveillance”. Typically, his PSA will be measured at 6-month intervals and he will have an mpMRI Scan annually.

He may never develop a “treatable” Prostate Cancer – and could die with this cancer, but not of this cancer. Alternatively, the cancer may grow, and he will be moved to Stage 2.

Like Stage 1, ALL the cancer is within the Prostate Gland, but now it is deemed to be “Clinically Significant” and it will be treated.

There are three sub-stages – T2a, T2b and T2c (“T” standing for Tumour) depending on the size of the cancer and whether it is within one half, or both halves of the Prostate Gland.

“Classically” treatment has been one of the following –

I mentioned “Hormone Therapy”. The term for this is ADT (Androgen Deprivation Therapy). Testosterone is the fuel for the cancer, and ADT suppresses the production of Testosterone, thereby curtailing the growth of the cancer.

Studies show that 3) is, perhaps the “best” treatment procedure, albeit Brachytherapy can only be used where the physical distribution of the cancer allows it. And in the modern era, Surgery is now believed to have been overtaken by the radiation procedures, especially in terms of quality of life after treatment.

Things are now beginning to become “serious”. At this stage, the cancer has broken out of the Prostate Gland and is invading the surrounding tissues. There are two sub-stages – T3a where the breakout is “small” and T3b where the breakout includes the seminal vesicles (my diagnosis was T3b). mpMRI provides the information for this categorisation.

T3 disease is, of course, Clinically Significant, and so is treated. The major primary treatment mode at this level of disease is EBRT.

Hormone Therapy is used as an adjuvant and is kept in place for up to 2 years after the EBRT is complete.

This is almost a completely different disease. The cancer has now been carried by the lymphatics and blood stream to remote parts of the body and it tends to settle particularly in the Bones and Lymph Nodes. The man now has a “Cancer Field” and the disease is now systemic and “High Risk”.

In mid-2015 a new technique for the early diagnosis and treatment of Stage 4 was formally announced in Germany. Called Theranostics it targets the metastatic disease directly. It is not yet widely available, worldwide.

My above description is “a simple overview” as there are several methods to deal, in varying ways, with Stage 4 metastases. Each man must discuss this level of disease with his specialist, as the treatment plan will depend on individual circumstances.

The mpMRI Scan gives the Stage of the cancer and an indication of how serious it may be. But it does not accurately “see” metastatic disease beyond the prostate gland so for serious cases, further testing is necessary. The mpMRI, through the PIRADS score, also indicates which men should progress to further testing, initially with a biopsy procedure.

The aggressiveness of the cancer is typified by a “Gleason Score” which is obtained by taking a biopsy from the prostate gland and looking at the cells under a microscope. A number between 6 and 10 results, the higher the figure, the more the cancer is aggressive.

For men with Stage 3 disease and/or highly aggressive Gleason Scores, a further test is performed to see if there is metastatic disease. Currently in the UK this is a Nuclear Bone Scan, but a whole-body CT scan could also be performed. Theranostics is a much more sensitive test than either of the two quoted above. One of these tests will be used to see whether the cancer is in Stage 3, or if it has progressed to Stage 4.

This new technique has been described as the biggest breakthrough since PSA. The word “Theranostics” has been derived from “Therapy” and “Diagnostics”. It depends on a molecule called PSMA binding selectively to prostate cancer cells. If the PSMA molecule is labelled with Ga-68, a radioactive form of Gallium, diagnosis of the metastases can be performed. When labelled with either Lu-177 or Ac-225, also radioactive nuclides, targeted treatment of the metastases is carried out.

This is a much simpler way of destroying metastases than is the systemic Chemotherapy, so it can be used alone in early Stage 4, or in conjunction with Chemotherapy in later Stage 4.

For men in high Stage 4 it has been shown to provide longer survival than is achievable by Chemotherapy alone.

In this document I have tried to impart the initial knowledge that a man should have in respect of Prostate Cancer. In my view, the facts show that it is very important for this disease to be diagnosed at the earliest opportunity. Do not put off having a PSA test, even if you have no symptoms. Know your PSA and its behaviour.

The descriptions are “classical” and some cases may proceed differently from what is presented here. But armed with the knowledge of what Stage the cancer is at will assist any man to readily understand what is being prescribed. It is important that a man request his Stage and remember it throughout the journey.

Further, there are many other procedures that I have not covered in this document. As these come onstream in quantity, a man may find that he is able to deal with his cancer using largely “minimally-invasive” processes.

The field of Prostate Cancer is rapidly changing, and very sophisticated procedures, such as Focal Ablation and Artificial Intelligence, are being developed.